The Exhibition in Wesley Seminary is over and the last workshop of the year 2014 is over too, - it's time for a new program! 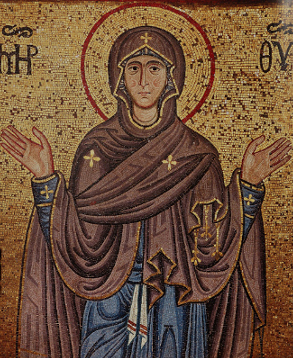 FIRST : Changing the costs: We have dropped down the costs of all the new courses - about 10 % less.
See the details below:

SECOND: Little Schedule change... We cancel both January True Fresco courses in Melbourne (the refunds to be issued in the  nearest time) and launch one 5-days Icon Painting Workshop (27-31st of January 2015) instead.

We do it because the Advanced Course for professionals is almost full, so we add a different one with mosaic of The Mother of God Orant as a model.

THIRD :
We make plans for our workshops in USA and Canada for 2015. Most likely all of them are going to  be organized in spring 2015.

Here are the first two 5-day long workshops, one in USA and one in Canada:
More workshops  in the USA to be announced  in the nearest days!

FOURTH: Christmas is approaching and we decided to upload some photos of our works to make Postcards!
http://fineartamerica.com/profiles/phil-davydov.html?tab=artworkgalleries&artworkgalleryid=474263&page=1
For now we have only 5, but hope to add more soon.
Hope you may like them!

More news in the nearest future!